Hugo Wilcken’s second novel Colony was published in the UK straight into paperback in 2007. Saddled by a hopeless cover, lost in the sea of novels published each year, it sank, so far as I can tell, without trace. Or almost without trace. I caught mention of it on Steve Mitchelmore’s blog (“a compelling flight into the unknown … a terrific read”); if one – impossible – way of differentiating the novels in that sea is to read them all, another is to rely on trusted sources. So I picked up a copy about 18 months ago, and left it to languish (that hopeless cover!). It took a couple of days of planes and hotels, without the distractions of other books, to make me read it at last. I was amazed. 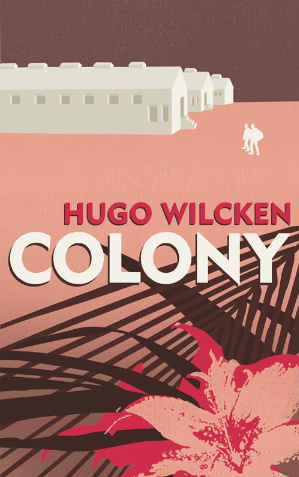 Colony was described by Wilcken before publication as “sort of Papillon meets Heart of Darkness.” Steve Mitchelmore saw Cormac McCarthy and Beckett. To those, let me add Damon Galgut, whose seductive combination of dry plotting and unreality are everywhere here. The book’s sometimes elusive nature seems to be reflected in the references to Poe’s Narrative of Arthur Gordon Pym. But what impresses most is Wilcken’s unwillingness to try to impress the reader: the prose is unfussy, the scenes uncluttered. There is no ‘fine writing’. Instead, there is very fine writing indeed.

The theme of Colony is escape: from captivity to freedom, and vice versa; from reality into dreams and memories; from one identity to another; from life to elsewhere. It is apt that this is explored in a book which on the face of it has the escapist qualities of a thriller. Wilcken takes us to a penal colony in French Guiana in 1928, where “everyone’s got a scam.” Sabir is a new arrival, just off the boat where, after days of seasick rocking, the “absolute stillness feels as though something that had once been faintly alive has finally died.” The story follows Sabir’s progress in the colony, where the challenges are not just heat, exhaustion and violence, but relentless existence: “the past is dead, the future stolen away, the present an endless desert.” There is the struggle too with “imagination and memory. Which are always wrong. Always telling you what you want to hear.”

All this suggests a book which plays with the reality of its world, as in Christopher Priest’s The Affirmation. But to limit Colony to a genre or type would do it a disservice, as this is a book – as evidenced by the references it suggested to different people above – which unpacks in several different ways. It would also do a disservice to the book and its future readers – I hope there will be many – to outline the plot in any great detail, though I can say that there is a fundamental shift halfway through, and that we are helpfully told that one character “found he could consider two opposing notions and then accept both, without fundamentally believing in either”.

In some ways the characters seem stock types: the hardened criminal; the camp’s fixer; the idealistic commandant and his bored wife. Yet Wilcken’s no-nonsense style enables him to create scenes of great wonder and emotional heft, from death scenes to the tiniest – and therefore most potent – hints of a character’s previously unrevealed childhood. Past, present and future, and how they interconnect, are central to the book.

In any case, the various futures have already been lived out, played out, and all one can do is wearily continue along these set paths. Only the past remains obscure. It hasn’t happened and perhaps it never will.

Colony is an exceptional achievement whose overlooked status is little short of scandalous. If blogs can do one thing, it is to give deserving books like this life beyond their few weeks on the 3-for-2 tables. Having taken up Steve Mitchelmore’s endorsement of it, I can only urge others to do the same, and accept my inchoate view as a recommendation as strong as any I’ve given this year. If you read it and like it, spread the word yourself, by blog or word of mouth. This is a book I was sorry to leave, but simultaneously read through impatiently, keen to see where it would go. Where I will go next is to Wilcken’s first novel, The Execution. “Always a sense of anguish with every departure, however desired.”

Buy Colony from the Book Depository, Amazon (UK or US) or Waterstone’s