Tom McCarthy’s debut novel Remainder has achieved the status of a minor classic since its first publication just five years ago. Zadie Smith commended it at length in her essay ‘Two Paths for the Novel’ (“one of the great English novels of the past ten years”). I read Remainder with mixed feelings, but the ending was so strong and sticky that it has grown in my estimation since, so that I would now nod dumbly in agreement at all the praise heaped on it. (Though also because my reading since then has gravitated toward similar stuff.) I missed his second, Men in Space, but pre-publication praise for his new novel had me giddy with anticipation.

C is described by its US cover designer as “an extremely complex narrative … the negation of everything conventional one might mistake it to be.” Yet if this is a modernist text in disguise (which it isn’t, quite), it is a very good disguise. It is perfectly possible – and I expect will be a common experience – to read it as a rich, detailed, sometimes frustrating report of a life in the early 20th century. It has everything that might appeal to certain literary prize juries [and so it has proved since I wrote this, with the book being longlisted for the Man Booker Prize 2010]: it’s stuffed with cannily-drawn characters, historical verisimilitude, and normally big subjects like war and death. Is that enough?

The life story is that of Serge Carrefax – a satisfying crackle of a name which immediately me think, I am in good hands here – who was born near the turn of the 20th century to a father obsessed with communication. Simeon Carrefax (“speech is divine”) runs a complex network of interests (and is modelled on Alexander Graham Bell’s father) – a school for the deaf, a silk production plant, and an attempt to create radio communication by electrical means: “a web around the world … to send signals down.” In the grounds of Versoie, the Carrefax home, all is bathed in a “mechanical buzzing,” the “hum and rush” of static, “like the sound of thinking,” as Simeon plots his advances. “I’m working on a patent way for using radio to sense the weather in advance. The waves travel through it, after all.” He proposes the free flow of information, and dislikes the codes and encrypted messages his children Serge and Sophie use to keep secrets from others. “Goes against the whole principle of communication.”

Communication comes in many forms, from within as well as without, and Sophie Carrefax, Serge’s sister, receives signals that no-one else does. She can “see things. What’s coming. … It’s all connected. I feel it inside me.” Meanwhile, Serge takes to amateur radio, listening with fascination to the sounds coming through the sky to reach his speaker. Once, he hears helplessly as a ship in the Atlantic gives a distress signal. He loses the signal, but

listened to the whine and crackle … right through till morning – and heard, or thought he heard, among its breaks and flecks, the sound of people treading cold, black water, their hands beating small disturbances into the waves that had come to bury them.

Elements like this elegant prose, or the set piece showing two types of birth which opens the book, seem to represent McCarthy flexing his muscle to show what he can do if he wishes – because the book does not follow these traditional literary indicators. C has plenty of pieces to satisfy and is brimming with cleverness, but there is an affectless and static quality to the rush of activity which persists almost to the end. This foxing of the reader’s expectations is deliberate on McCarthy’s part: he is engaged in the business of, on the one hand, providing a story as full of life and rich in detail and variety as one could wish (“a dummy chamber,” to adopt one of the multiplicity of symbols in C); and, on the other hand, of never letting the reader forget that they are reading a book, experiencing a work of art. He wants the reader to be immersed and to stand back at the same time, interpreting the signal but also part of it.

This is partly achieved by the relentless dash of cross-references and correspondences which litters the text. Serge’s name is pronounded surge by his electrically-obsessed father, but serge by his mother (like the fabric, contrasting with the fine silks made at the family home). He is born with a caul, a traditional symbol of luck, and in literary terms shared by David Copperfield – and while Serge is being born, his father is taking delivery of coils of copper wire with which to improve his experiments with electrical fields (copper fields). At times, communication seems to rule everything in Serge’s world (as it does in our world): when he is in a train, it “comes to a stop. It’s not a station: they’re just waiting for a signal to change, or a point to switch, or an instruction to be shouted from the track-side in a foreign language.” 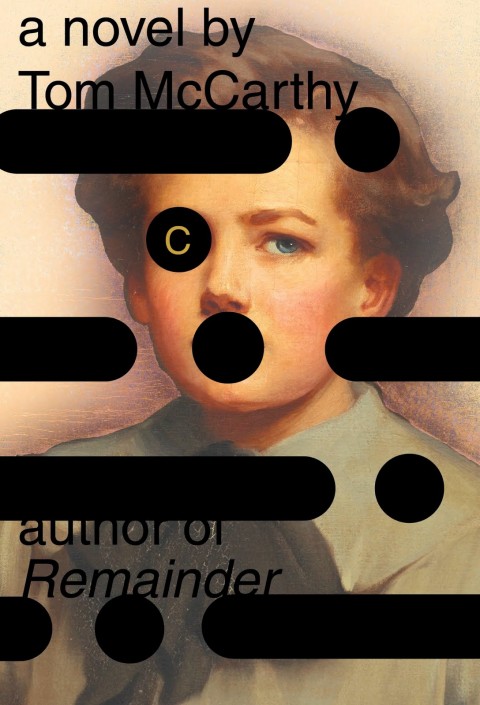 These notes to the reader remind us that this is a novel, artificial like the web of noise and information Carrefax was born into and celebrates. It reminds us too that the novel itself is one of the most complex forms of communication: every copy is identical, but every reading is different. It is a sort of perfect unbreakable code, where the key is the recipient.

Serge’s journey continues: to a health spa where his constipation and the gauze-like haze which blurs his vision will be treated; to the Great War, where he breaks the trend of literary habit by finding the experience not traumatic but enlivening, and later considers what is called shell-shock to be an echo of something “deeper, older, more embedded”. At war he sees communication via art, though a war artist complains about the impossibility of capturing the action (“The stuff won’t stay still to be painted!”). “Maybe that’s the art,” Serge observes. “I mean all the action, all the mess…” He takes time out – McCarthy speaking? – to knock non-modernist art such as Housman’s poetry, instead recommending to his fellow fighter pilots the work of Hölderlin. (“This is a German book!” “He was a German poet. … You should read it. Learn some phrases: help you if you get shot down behind enemy lines and they don’t understand what Shropshire hedgerows are…”) After the war, Serge returns to Versoie.

The restlessness, he comes to realise, is in truth an attempt to achieve its opposite: stasis. It’s as though if he moves about enough, the world will fall into place around him.

But once things start moving – and once technology begins to interrupt our lives – there is no going back. Serge feels like “a fixed point in a world of motion”, and the hiss of static and interference surrounding him grows as electrical communication continues to develop. Serge rushes on, to drug-crazed 1920s London, and then to Egypt, where people are continuing the work of hundreds of years, in trying to interpret the lives of the ancients, while forging their own technologies of the future.

C is for communication, complexity, and cleverness; for cocaine, correspondences and carbon (“the basic element of life”); for many more things besides (most of the central devices in the book begin with the letter). It teems with relevance and reference (I was forever scribbling in the margins of my copy, and I don’t pretend to have unpacked more than a fraction of its significance). Like Remainder, it resists easy interpretation but sticks around afterwards, challenging you to pick apart signal from noise. It celebrates flatness and depicts a time which foresees our suffocating web of worldwide information. But in the middle of it, inside all the cleverness, is a sad sketch of a man “transfixed by the technologies that will obliterate him.” His fate is to be outlived by the remnants of signals he listens to crossing the skies, as they echo and decline indefinitely while he – like everyone who reads this book, like the book itself – “breaks down into grains and runs away.”